I've been tinkering on a project I currently codename "MaskedDetective", and I've decided to start journaling its development on here, in hopes that it'll help me organize my thoughts and maybe provide some interest to others. This post is about the project, its influences, goals, and how I hope to address what I consider a core problem with stealth games.

So what's the idea?

"A stealth game where you play a comicbook detective who uses powers to sneak through shadows, climb skyscrapers, turn into mist, and erase the memories of his pursuers, as he investigates dangerous powerful people."

It can take a while to find a good hook for your game and as a game evolves you often need to evolve the hook, but this is probably a decent starting point. I think it does a decent job of communicating the general tone, and gives a vibe of what the gameplay may be like. And in this case, hopefully gives readers of this blogpost an idea of what to expect.

Influences: what to copy, what to change. 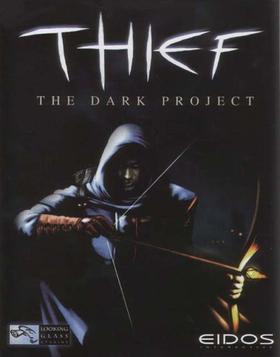 The biggest influence on this project is the classic stealth game Thief, and probably more specifically its sequel, Thief 2. The bits of interest to me are its system-and-tool driven gameplay, its focus on stealth over combat, and how level design really sits at its heart.

Those familiar with the term "immersive sim" probably know what I mean by "system-and-tool driven gameplay", but for those who don't; what I mean is that Thief gives the player a bunch of different gadgets and puts them in a big map to explore and let's them go nuts. Levels aren't really about the player figuring out the specific way they're supposed to overcome them, but rather letting the player find their own way to infiltrate a space. In MaskedDetective the main character possesses and acquires a number of supernatural abilities that you can then use to find your way around the games obstacles, and I'm hoping to capture some of this same feeling from Thief.

A problem with stealth games, and how I hope to fix it.

I like Thief's focus on stealth over combat. However, there are some problems with how Thief does this. When you are discovered you either need to evade your captors or subdue them. And neither of these really match the reason I play Thief; I want to feel sneaky.

It's no secret that many players aggressively use quicksaves in stealth games to avoid ever being detected. And while this is sometimes perfectionism, I suspect a major motivator is that being discovered in stealth games is boring. I'm not playing these games to fight people so I don't want to do that. Waiting for guards to give up searching is tedious and takes the player out of the driver's seat; you no longer solve your problems actively, instead you wait for them to go away. I don't think player's use quicksaves here because they can't handle failure, I think they do it to get back to having fun. 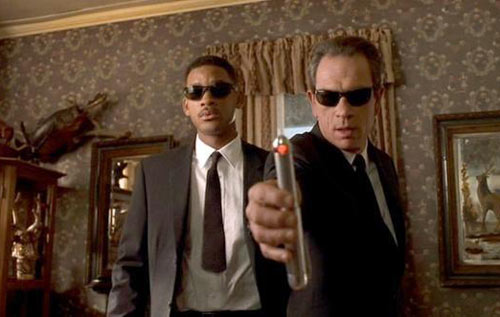 Fortunately the idea of using supernatural powers affords me a lot of flexibility, so here's a unique gameplay twist; you have 60 seconds to use your powers to erase the short-term memory of NPCs, and therefore make them forget that they saw you. But if you fail to do so in time, then you have failed the mission.

So now rather than having a gameplay loop around Sneaking->Discovery->Waiting, it's Sneaking->Discovery->Erasing. And while it'll take some effort to make sure the memory-erasing is fun, it should be sigifnicantly more enjoyable than waiting in closets for guards' goldfish memory limit to kick in.

Something that I think doesn't get addressed enough with Thief is how much of the appeal is about levels. I think the audience understands this on some level; it is reflected in the fact that the games still have a community making levels for them today. But I don't think I've seen anyone else say it so concretely; Thief's stealth gameplay is just a really good match for exploratory levels. You really find yourself focusing on the space. Looking for hidden things, ways to access areas, spots to hide. Additionally, the somewhat voyeuristic nature of secretly reading notes and letters lines up with the wider sneaky-fantasy that this kind of game sells.

Level Design is an artform, one that I have little-to-no experience in, but I hope to do my best in creating levels that are fun adventures, and really act as the heart of the game.

The amazing backgrounds of Batman The Animated Series 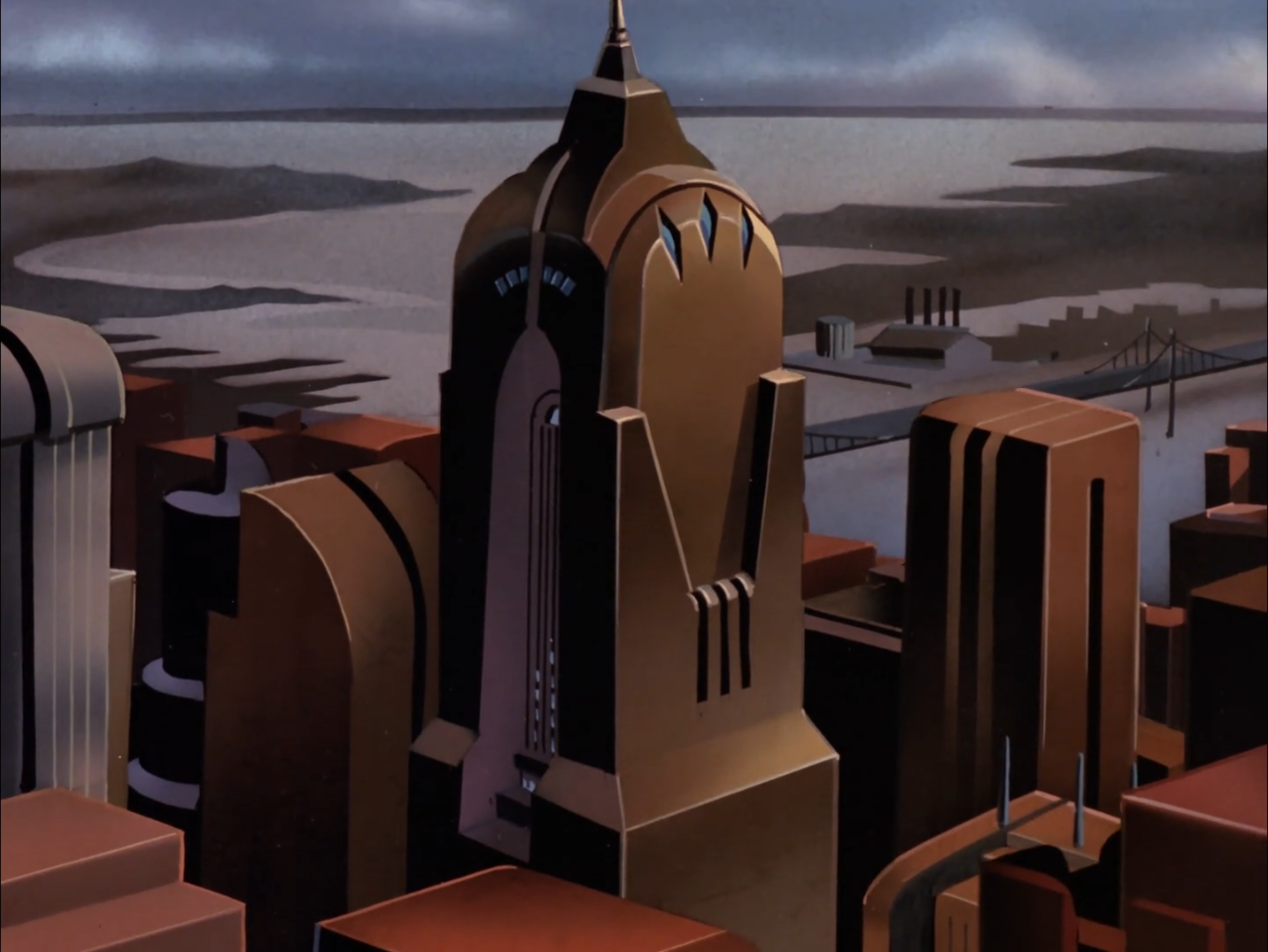 The goal that I expect to struggle with the most— and to fall very short of— is to try and create a 3d game that evokes the aesthetic of Batman The Animate Series' amazing backgrounds. 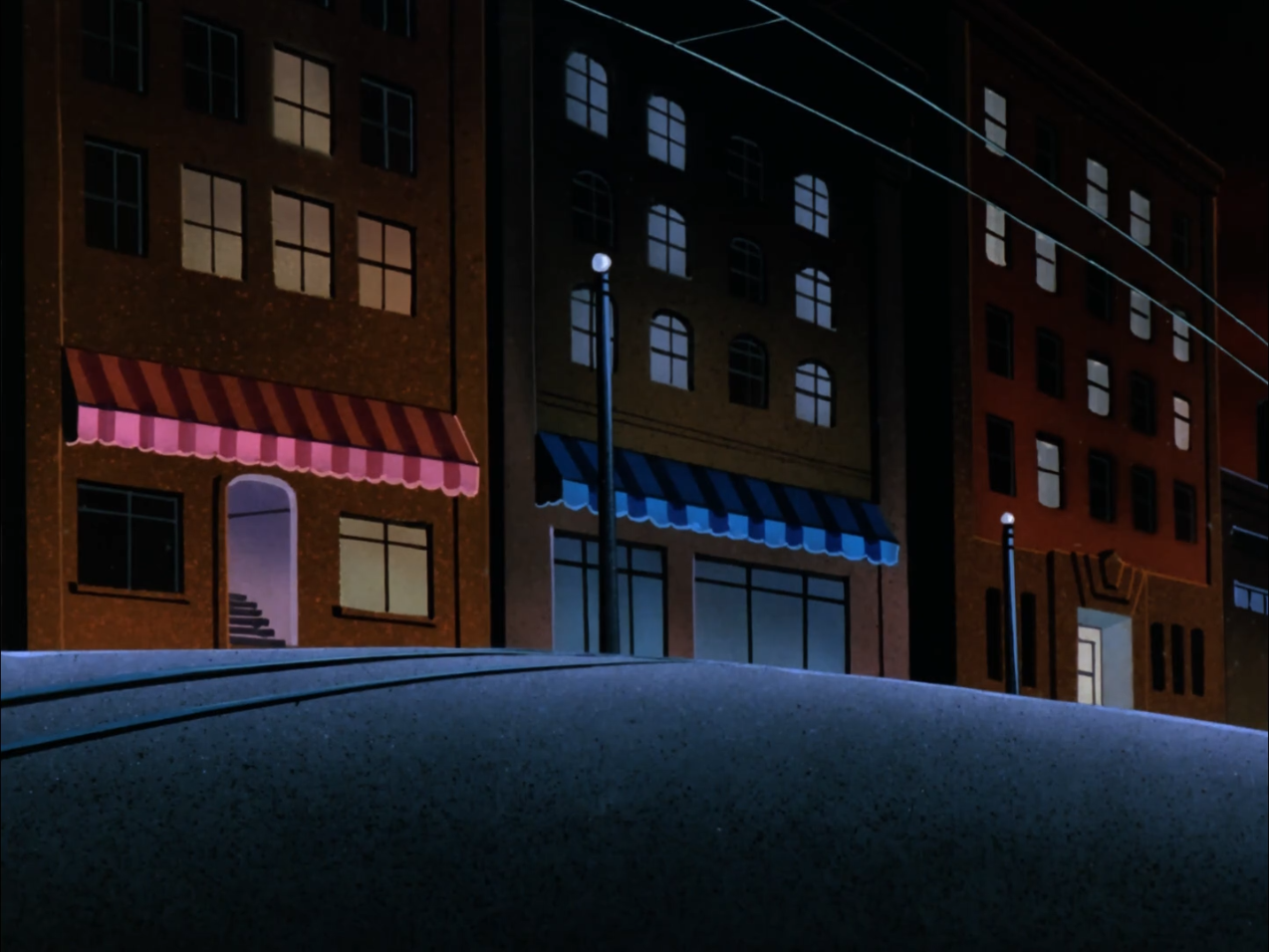 I'm very underequiped to pursue this task, but I have some thoughts that I plan to share in later blogposts. 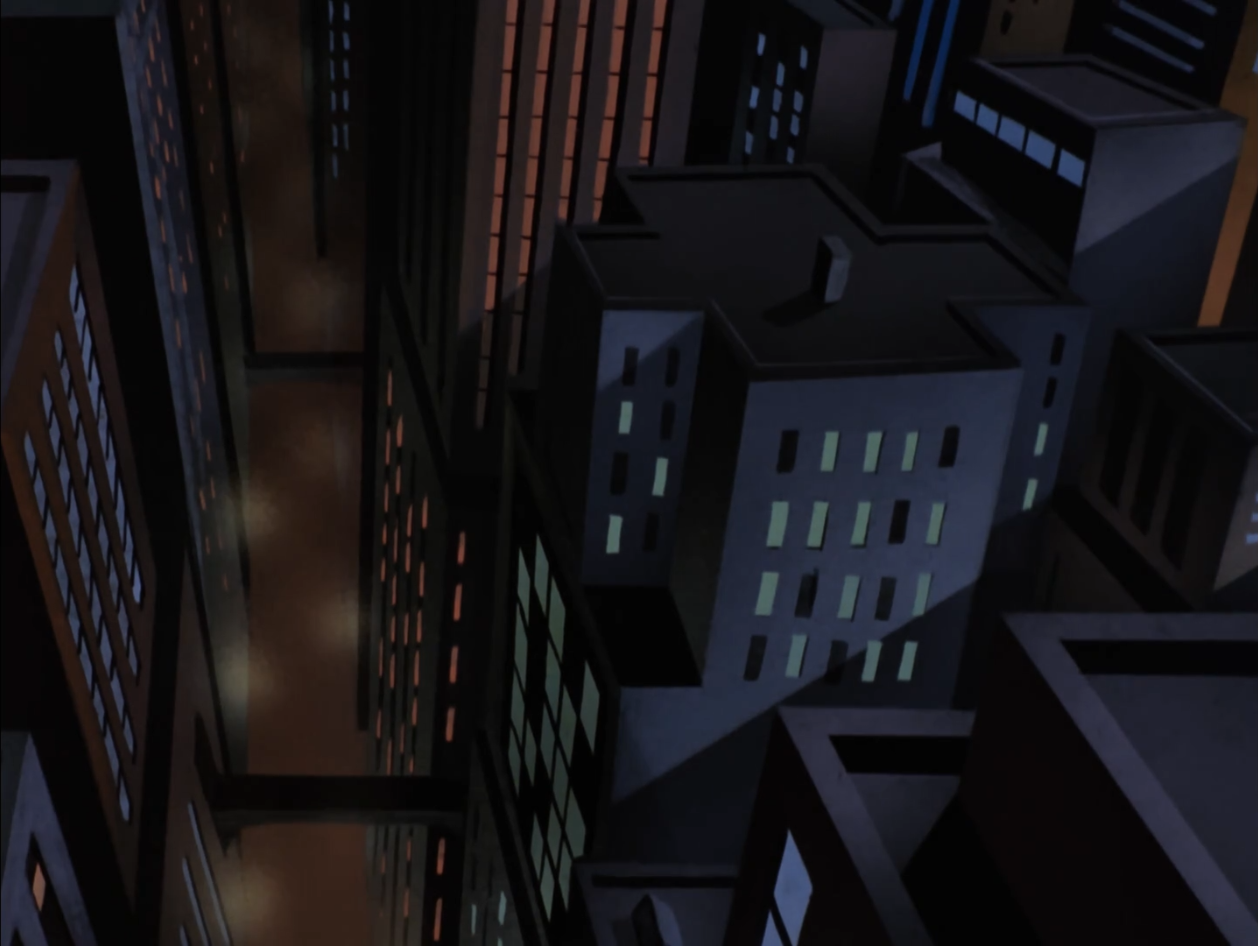 So, where is the project currently?

Very early days. The character controller is in, visibility levels are calculated, some early work on the AI, readable notes, lockable/unlockable doors, a WIP power or two. This is very must a pile of tech and feature tests at this stage and not a game. I hope to use these devblogs to organize this development a bit, speaking of which:

The current near term goals are:

Technically speaking, once you have a game where you can hide and be found, you have a stealth game. But I need to make a tiny test— dare I say, "a vertical slice"— of level design, powers-driven sneaking, and that Sneaking->Discovery->Erasing loop. Game design is a process of hypothesis->test->iterate; I need to check that I can make that memory-erasing gameplay fun at all.

Working on the aesthetics is not really a goal in the short term, so please expect screenshots to look AWFUL.

Let's set a goal, in the next two week I'll post about the NPCs. I already have them pathing, patrolling, detecting the player, chasing the player. And by then I hope to have them attacking the player, and a reasonable first-pass at their search behaviour. Both of which I'm already working on.

You can follow along with this effort via RSS (Don't know RSS?), or by following me on Mastodon. And of course feel free to contact me via email with any comments or questions.